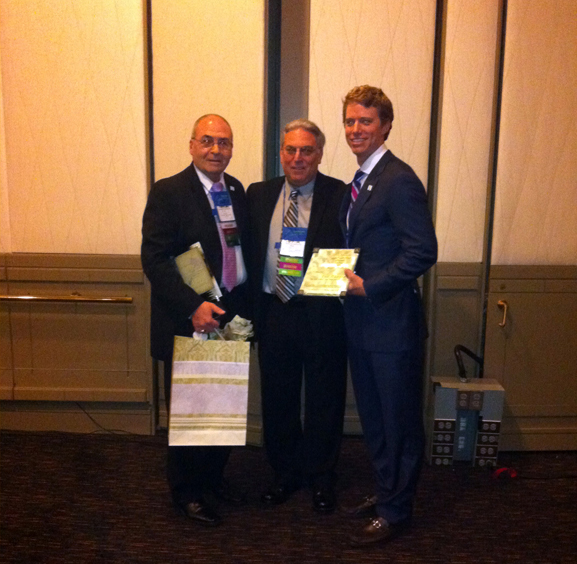 The National Poultry and Food Distributors Association (NPFDA) awarded the 2012 NPFDA Member of the Year Award to Ted Rueger, president of Eastern, at its annual convention held in Atlanta, Ga. on January 30, 2013

NPFDA recognized Rueger for his dedication to the poultry industry as a NPFDA board member, as well as a member of other poultry and related associations. Currently, Rueger serves as vice president of NPFDA and is active on several committees. Rueger is attributed for contributing knowledge and assistance to all aspects of the Association.

“Ted has made major contributions to the growth of NPFDA,” said one NPFDA member. “His input has made the board function more efficiently.”

Rueger graduated from Duke University in 2001 with a degree in Economics. In 2003, Rueger joined Eastern Poultry, the family business founded by his grandfather in 1954 and led by his father, Tom. Rueger became president in March 2012, but remains an active member of the Eastern sales team and continues to cultivate the relationships with customers and suppliers he has built over the years.

Originally from Westchester, Pa., Ted now lives in Atlantic Beach, Fla. with his wife, Lauren and sons Thomas and William.